THE STORY BEHIND THE FOUNDING OF THE INSTITUTE

The Peruvian Institute of Shamanism and Natural Medicine (IPCHAMENA) has been made possible by the extraordinary abilities and vision of one man – its founder, Maestro Heberto García, or Niwen Coshi (his Shipibo name).

The Shipibo-Conibo tribal group, originating in the Ucayali Basin south of Iquitos, has for generations been respected as the guardian of the purest form and most powerful secrets of Amazonian shamanism and plant-based healing. Rather like Yale or Harvard, it has been the custom for countless generations amongst other tribes of the Western Amazon to send their would-be shamans to complete their arduous apprenticeship under the guidance of a Shipibo maestro curandero, or master healer.

Heberto numbers amongst his forebears an extraordinary number of onanyas (maestro shamans) and merayas. A Meraya is the ninth and highest grade of a shaman who is capable of appearing invisible to all around him, or otherwise ‘shape-shifting’ – appearing as the legendary jaguar, for example. And this is not the stuff of folklore, but well-attested historical fact. As far as we know, there are no Merayas alive today, but many consider that the last of the historical Merayas was Yosi Ocha.

YOSI OCHA – THE LAST OF THE SHIPIBO MERAYAS 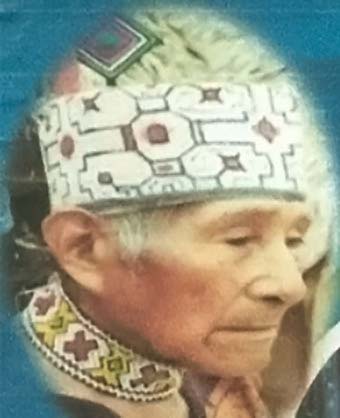 The public face of Yosi Ocha, however, was political and educational, working with many national and international bodies such as the National [Peruvian] Institute of Culture (INC) and UNESCO, tirelessly campaigning to improve relations between the indigenous tribespeople of the Amazon and their mestizo (mixed-race) overlords; vindicate territorial claims, and bring bi-lingual education to all. The passion and commitment he brought to this work is all the more remarkable as in his youth, Yosi Ocha was treated little better than a slave, and on occasion as cannon-fodder, by one of the last of the white rubber barons. It is hardly surprising then, that the full majesty of his shamanic powers was a closely guarded secret outside his small local community.

Shamanic wisdom has traditionally been an oral tradition, and great emphasis is placed on shamanic secrets. With the death of Yosi Ocha in 2006, the most exalted secrets of the Merayas were lost; or so it was believed until Heberto was guided to excavate in his grandfather’s house. Whilst Yosi Ocha had been a prolific, published writer on cultural, political and educational topics, no one suspected that at the same time he had been painstakingly recording comprehensive details of shamanic rituals and procedures known only to the Merayas, and this was to be his legacy to his grandson.

For over 30 years, Heberto has continued to study and endured many horrifying privations in the ongoing development of his shamanic craft. Since the year 2000, he started offering shamanic retreats and, in a few special cases, shamanic training, at his family’s beautiful jungle lodge, Yosi Ocha. In 2014, he has decided to establish the Institute to provide a more fitting repository for Yosi Ocha’s bequest, and to seed a more far-reaching clinical and informational resource to aid those seeking health and spiritual fulfillment, particularly at a time when the world is receiving warnings, channeled from 18th-century Amazonian shamans, about the dangers of ‘Ayahuasca tourism’.

© 2023 YOSI OCHA – Ayahuasca Retreats – Shipibo Tradition – Iquitos, Peru. ‘Yosi Ocha’ is the trading name of the Peruvian Institute for Shamanism and Natural Medicine (IPCHAMENA Ltd.). All rights reserved – reproduction in part or in whole without permission is prohibited.